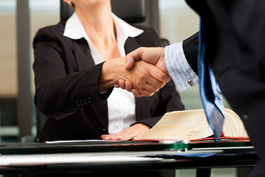 Real Estate     Representing a commercial landlord against a tenant who prematurely terminated a lease, Mr. Kolber recovered 100 percent of the landlord’s damages, including attorney’s fees and costs.

Breach of Contract/Fraud     After extensive litigation, including obtaining a ruling that our client, a restaurant, would likely prevail on its punitive damages claim, Mr. Kolber’s client very favorably settled its action against the leading purveyor of Point of Sale systems.

Breach of Contract/Fraud     By aggressively pursuing and obtaining dismissal of plaintiff’s complaint, Mr. Kolber successfully defended a medical imaging facility against the claims of a health-care provider.

Breach of Contract/Waste     Representing a commercial landlord, Mr. Kolber obtained judgment against a tenant for damages it caused when vacating the premises.

Insurance/Contract     After an insurance company’s wrongful failure to cover business interruption losses after a fire at our client’s business, Mr. Kolber very favorably settled the matter on the eve of commencing a bad-faith lawsuit.

Real Estate     After prevailing at the first phase of trial between the owner of a medical imaging center and its landlord regarding assumption of the lease by an assignee, the landlord acquiesced to our demands and dismissed the remainder of the lawsuit.

Legal Malpractice/Real Estate     Representing a client whose prior counsel committed malpractice while representing her in a real estate dispute, Mr. Kolber obtained a settlement after extensive litigation in which our client recovered 120 percent of her out-of-pocket losses.

Real Estate/Contract/Fraud     After extensive litigation, Mr. Kolber’s clients, who purchased a multi-million dollar home believing it was 6,506 square feet as represented (when it was actually 5,100 square feet), very favorably settled their action on the eve of trial against Southern California’s two largest real estate agencies.

Real Estate/Contract     Through aggressive pre-litigation posturing and negotiation, Mr. Kolber averted foreclosure on my clients’ 30+ acre timeshare property and completed the $12 million sale of the property.